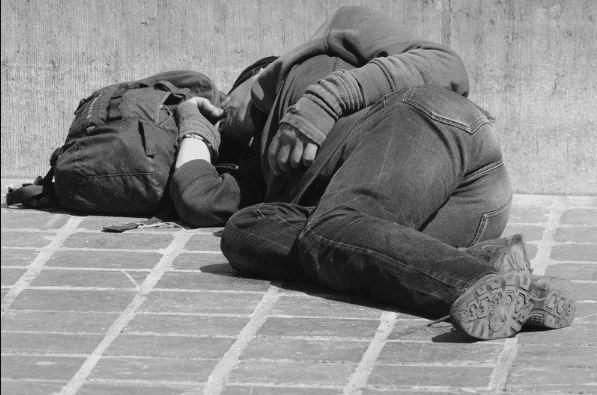 A lack of affordable housing has displaced thousands of U.S. citizens across the nation.

27% of the U.S. homeless population resides in Los Angeles County. While there is progress being made to provide housing for the nearly 58,000 homeless people in Los Angeles, city officials are seeking new, more efficient ways to accomplish this daunting task. That’s where shipping containers come in. International architecture experts KTGY Architecture + Planning have begun developing a plan that will repurpose shipping containers into livable, stackable homes for the homeless in Alvarado. The project, named Hope on Alvarado, has become colloquially known as “cargotecture.”
Construction for the four-story project will take approximately six months. 84 shipping container units will be converted into a studio and one-bedroom units with all the amenities – windows, plumbing, insulation, drywall, and flooring. Rent is planned to be 30% of the renter’s income.

There were over 11,000 homeless individuals in Iowa in 2016, many of whom were households with children. Situations like those are the reason behind major moves to provide the Iowan homeless population with permanent housing. One homeless shelter in central Iowa is proposing to house its chronically homeless population with a 24-unit apartment made of shipping containers. Central Iowa Shelter and Services (CISS) plans to build the apartment right where dozens of homeless people already gather and make camp, making it the natural solution to their housing needs.
CISS Director Melissa O’Neil states that the population of homeless who use the organization’s services actually do work; they simply can’t afford housing. With luck, CISS’s plan will be approved in order to serve their local homeless population.
For more details regarding the Central Iowa Shelter, check out this video.

The U.S. Department of Veteran Affairs reports that military veterans make up around 11% of the nation’s homeless population. Finding affordable housing can be a challenge for veterans – but Midway City in California is looking to change that with what became the state’s first permanent shipping container housing complex.
In 2017, nonprofit organization American Family Housing transformed an empty dirt lot on Potter’s Lane in Midway City into housing for the city’s homeless vets. This multi-housing unit offers apartments that are more than just liveable – they are insulated, air-conditioned, and fully furnished for the occupant’s comfort.

Although shipping container housing isn’t a new concept, the steps being taken to support the nation’s homeless problem are important to take. While there are challenges encountered during development – Steve Harding from American Family Housing admits, “There were a lot of lessons learned… I guess you could say we kind of over-designed it” – planning and construction for these revolutionary structures are improving. Over time, shipping containers for sale that are outfitted with electricity, plumbing, insulation, and ventilation could become the gold standard for providing permanent housing for the homeless. It’s amazing what can be done by repurposing shipping containers! 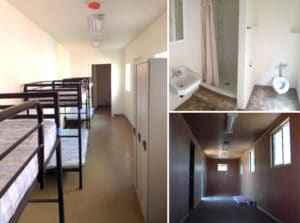 While people are attracted to shipping container homes because of affordability and durability, like any construction process, it is important to understand that finishing the exterior and interior of a shipping container home can add up in cost. Aztec Container sells containers to contractors nationwide for these projects.  We work closely with developers and contractors to pick the perfect container for any project. Contact us today.